Everyone should be able to look forward to the changes each season brings. However, it’s understandable why certain seasons would cause a sense of dread for people who suffer from seasonal allergies. Seasonal allergies occur when a person’s immune system overreacts to something in the environment. To better understand a person’s seasonal allergies, they must understand the types of seasonal changes that trigger their allergies. For example, tree pollination happens during early spring and is followed by grass pollination. It usually happens during late spring and into early summer. If there is heavy rainfall during the spring, plant growth can occur quickly and cause an increase in mold. If this happens, people can experience seasonal allergies long into the fall. Depending on the winter temperatures, plants can also pollinate well into early fall. One of the most common triggers of fall allergies is ragweed.

No matter what time of year you experience the worst of your allergy symptoms, reaching out to a Burbank urgent care can help you become more acquainted with the various seasonal allergy triggers.

There are several things you can do to help reduce the effect seasonal allergies have on your life. One of the precautionary actions that you can take to reduce your exposure to seasonal allergies is remaining indoors on windy days. Breezes, gusts, and other strong winds keep pollen circulating in the air and make it impossible to avoid. In fact, the best time to go outside during the spring is after it has rained. That is because the rain helps clear pollen from the air.

Another preventive action you can take is finding alternative ways to perform outdoor chores such as mowing the lawn. Maybe someone in your household who doesn’t suffer from seasonal allergies would be better suited to any landscaping activities. Or, maybe you are able to hire someone instead. These types of chores also kick up allergens adding to the irritants in the air. You might want to consider wearing a pollen mask when going outside and removing any clothes that have been worn outside immediately upon entering your home. Contact a Burbank urgent care and speak to a healthcare professional for more information on avoiding seasonal allergy triggers.

Additional Actions When There Are High Counts of Pollen

A great way to prepare for days when the amount of pollen in the air is high is to stock up on allergy medication and take it before the symptoms begin. Additionally, make sure that all doors and windows are closed during certain times of the day. That is because pollen is high, such as in the early morning. People who suffer from seasonal allergies should avoid any outdoor activity during these times.

Keeping the indoor air clean in a person’s house and car will also help reduce the seasonal allergy triggers in a person’s environment. In addition to high-efficiency filters for forced air conditioning and heating, other resources such as a dehumidifier will help keep the indoor air clean and free of any allergens and debris. For more information on the best methods of keeping indoor air clean, reach out to a Burbank urgent care and listen to their recommendations. Give yourself the best defense against seasonal allergies. Contact UrgentMED, the best Burbank urgent care, and speak to a healthcare professional for the best course of action.

The return of summer brings with it the return of warmer temperatures and outdoor activities.  Thanks to pollen and grass, summer also means sneezing and sniffling for millions of Americans. In fact, allergies are one of the most common chronic conditions worldwide. Of course, this season of allergies does not affect everyone. What causes some people to suffer from summer allergies? Here are potential causes and your options.

The pollen released by grass is the main cause of seasonal summer allergies. The most common allergic reaction to pollen is often referred to as hay fever. The type of pollen released into the air varies depending upon the variety of tree or plant that releases it.

Pollen is a fine powder that easily disperses through the air and can be carried by the wind for miles. It is easily inhaled through the mouth or nose, triggering allergic reactions in those who are susceptible to it. Grass allergies are at their peak during early summer. When exposed to pollen, summer allergy symptoms include sneezing, coughing, a runny nose, watery eyes, and a headache. Symptoms may also appear in the ears, on the skin, or in the lining of the stomach. This response is triggered by the body itself, trying to protect you from the foreign substance, namely the pollen you just inhaled. Simply put, your body releases a chemical substance known as histamines into your bloodstream to fight back against the invading pollen.

Unfortunately, there is no known cure to summer allergies, but the use of certain medications, coupled with an awareness of what you are allergic to, can go a long way in helping to deal with allergies.

Perhaps the best way to deal with seasonal allergies is to become aware of what substances trigger your allergic reactions.  Allergy testing, which will determine which trees or plants produce the pollens that trigger your body’s immune response, is always a good idea. 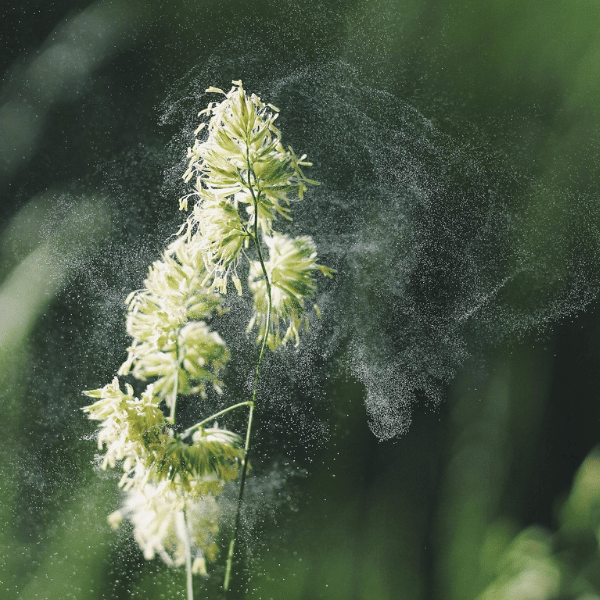 At UrgentMED, our highly skilled and compassionate staff can help you with non-life threatening allergies.  In fact, we pride ourselves on our convenience, efficiency, and cost. With 17 convenient walk-in urgent care clinics throughout Southern California, we offer fast, professional service without a long wait. We offer weekday, weeknight, and weekend hours to serve you when you need it most. If you suffer from summer allergies, we can assist you and treat your symptoms. Find the location nearest to you today.

Allergy season is coming up folks, and with an estimated 50 million Americans suffering from allergies, it’s sure to be a sneezy season. Sure, you can stock up on antihistamines and drudge through the late Winter and early Spring months in a haze. But, wouldn’t it be easier to learn the common causes of allergies and avoid them?

Find out the most common causes of allergies below and make sure to stop by one of our 18 convenient locations if you need some speedy allergy relief.

Airborne allergens are what people typically think of when they think of allergies. These are the tiny particles that cause you to get runny eyes and noses, start sneezing your head off, and generally feel crummy.

These allergens enter your body, normally through the nose, and cause your immune system to jump into overdrive. Your immune system thinks they’re harmful bacteria and begins to produce antibodies to fight them. These antibodies, combined with other chemicals they release called histamines, create the allergy symptoms you know and love.

Airborne allergens include a wide range of particles, including: Almost all food allergens are proteins. Your immune system mistakes these proteins for harmful particulars in the same way they mistake airborne allergens for harmful bacteria. The result is an immune reaction that causes allergy symptoms, including anaphylaxis in extreme cases.

Allergies to pets with fur are common, especially among people who have other allergies or asthma. In the United States, as many as three in 10 people with allergies have allergic reactions to cats and dogs. Pet allergens can collect on furniture and other surfaces. These allergens will not lose their strength for a long time. Sometimes the allergens may remain at high levels for several months and cling to walls, furniture, clothing, and other surfaces.

The term “latex” refers to the protein in the sap of the Brazilian rubber tree. It also refers to “natural rubber products” made from that sap. Latex is in many everyday products, such as balloons, rubber bands, prophylactics, diaphragms, bandages, and more. For certain individuals, contact with these products can cause an allergic reaction. Some people have allergic reactions by breathing in latex fibers in the air. Medications can also be allergens. They produce an allergic reaction when your white blood cells misidentify them as a threat. These white blood cells then release antibodies that cause allergic symptoms. Medication allergies can also result in anaphylaxis and something called Toxic Epidermal Necrolysis. Although these severe reactions are rare, they can happen.

All medications can cause an allergy reaction depending on someone’s individual biochemistry. Yet, there are some common culprits: antibiotics (specifically penicillin and amoxicillin), sulfa antibiotics, nonsteroidal anti-inflammatory drugs (commonly called NSAIDs, including aspirin and ibuprofen), and chemotherapy medications.

Suffering from Allergies? UrgentMED Can Help

There you have the most common causes of allergies. Learn them and make sure to stay away from these triggers! If you have a severe allergic reaction, come into Urgent Med today. We accept a wide range of insurances and have competitive pricing if you don’t use insurance. More importantly, you can be in and out on your lunch break and get immediate allergy relief. Come into one of our 18 convenient locations near you today.

*The last walk-in patient is normally accepted 30 min prior to closing. However, due to the pandemic, our last walk-in may be taken earlier.

Affordable Rates For the Uninsured And we Accept Most Insurance Plans

This website uses cookies to improve your experience while you navigate through the website. Out of these, the cookies that are categorized as necessary are stored on your browser as they are essential for the working of basic functionalities of the website. We also use third-party cookies that help us analyze and understand how you use this website. These cookies will be stored in your browser only with your consent. You also have the option to opt-out of these cookies. But opting out of some of these cookies may affect your browsing experience.
Necessary Always Enabled
Necessary cookies are absolutely essential for the website to function properly. These cookies ensure basic functionalities and security features of the website, anonymously.
Functional
Functional cookies help to perform certain functionalities like sharing the content of the website on social media platforms, collect feedbacks, and other third-party features.
Performance
Performance cookies are used to understand and analyze the key performance indexes of the website which helps in delivering a better user experience for the visitors.
Analytics
Analytical cookies are used to understand how visitors interact with the website. These cookies help provide information on metrics the number of visitors, bounce rate, traffic source, etc.
Advertisement
Advertisement cookies are used to provide visitors with relevant ads and marketing campaigns. These cookies track visitors across websites and collect information to provide customized ads.
Others
Other uncategorized cookies are those that are being analyzed and have not been classified into a category as yet.
SAVE & ACCEPT