The Most Important Medical Tests All Women Should Take

September is Gynecological Awareness Month, which means we’ll be highlighting female-oriented health concerns. Certain procedures like Pap smears and mammography are common knowledge, being frequently and openly talked about in the media. However, there are a number of other examinations that women need to undergo to stay in optimal health. Here are the top medical tests all women should take.

If you have heard of a DRE before, it was most likely in reference of one of the primary examinations for men – a prostate exam. However, digital rectal examinations for women are just as important, serving as a means of detection for rectal, uterine, or ovarian cancer, as well as being used to identify problems with a woman’s reproductive organs and check for hemorrhoids. This is part of a gynecological examination and should be undergone annually starting at the age of 40.

Although lung cancer is not exclusive to males or females, it has been scientifically proven to be more prevalent in women. In fact, lung cancer is the second most commonly diagnosed cancer in women and tied to the highest cancer mortality rates (26% of all cancer-related deaths), even higher than breast cancer.

Both female smokers and non-smokers are at higher risks of developing lung cancer than their male counterparts, and non-smoking females account for nearly 75% of all lung cancer cases. Scientists link this to genetic and hormonal differences fueled by estrogen. As such, it is recommended that women between the ages of 55 and 74 undergo a CT scan regardless of whether they are a smoker.

The diabetes epidemic affects approximately 15 million women in the United States alone. While this disease is not more likely to occur in one gender or another, diabetes affects women differently than it does men. Diabetes can lead to a number of debilitating health problems as well as complications during pregnancy.

Compared to men, women have lower diabetes survival rates accompanied by a higher risk for heart disease (stroke or heart attack), blindness, and depression. Even more alarming is the latest scientific research that has shown an increasing correlation between type 2 diabetes and cancer.

The general recommendation is that women between 40 and 70 years old are tested for diabetes, but you are advised to do so earlier and more frequently if you are overweight or have a history of diabetes in your family. 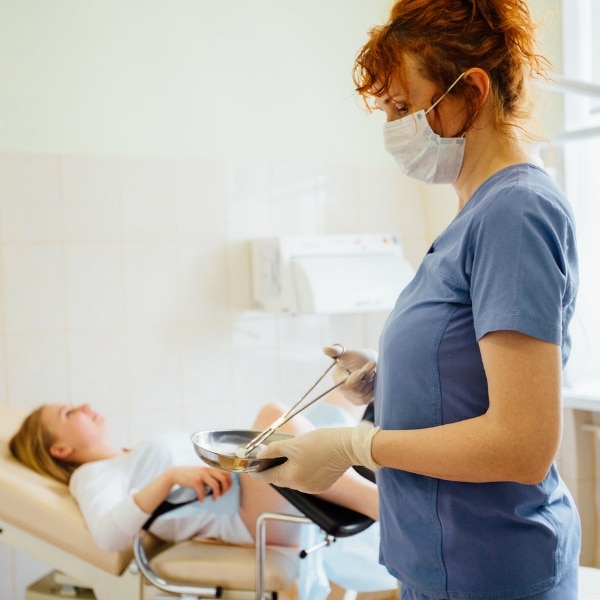 A Pap test (or Pap smear) is a gynecological screening procedure used to detect cancerous cells in the cervix. It is recommended that women receive Pap smears every three years once they turn 21, regardless of sexual activity.

One in eight women is expected to develop breast cancer in their lifetime. This likelihood increases tremendously based on a number of factors: age (40 or older), race (African-American women are at the highest risk), or family history (the risk of breast cancer doubles if an immediate relative is diagnosed with breast cancer).

Mammograms are recommended by the American Cancer Society as one of the best methods for early detection of breast cancer. Women aged 40 or older should have a mammogram screening every year and can change to every other year once they are 55 or older.

The clinics that are part of UrgentMED are happy to provide fast, friendly, and convenient gynecological services as well as all other means of female well-being. Visit one of our 14 Southern Califonia locations to schedule a gyno appointment today.